According to Vastu Shastra, the location of our country, INDIA, is not good. Three oceans surround us from three sides and the North side is occupied by the Great Ranges, Himalayas. All these bring bad Vastu result to the country except the Bay of Bengal in the east side extending up to the Northeast boundary of the Country. Hence, our country faced a lot of internal problems, such as poverty, ignorance, invasion by foreign rulers etc., in yester years. Our country could not become a super power until now. Our people are still experiencing untold problems.

No force on earth can avert a tsunami. But its irresistible destructive power reminds us of something Vastu always says. Respect nature. Live in tune with it. If you do, you'll be happpy. Of course, let's not forget that water isn't the only natural element that goes berserk. Winds also go berserk when Cyclones destroy everything in their path. Raging fires are also very destructive, as is the earth itself, when it erupts from inside in the form of a volcano or an avalanche.

Our neighbouring country, Sri Lanka also does not have the Vastu strength. Hence, that country is facing various problems both inside the country and abroad. There is no Northeast side to the country, which hinders the development and the Northwest side is extended. This will cause more and more internal problems.

Our country, INDIA has a rich heritage and culture. Our country is the pioneer of civilization of Human race. INDIA is the source of all the Shastras and Scientific developments. Many Rishis, Philosophers and sages were born in this country.

Our Puranas (or epics) say that they envisioned the modern world. They flew in the sky through wonderful crafts. They had used divine weapons and Astras through which they conquered their enemies. The Mahabharatha and Ramayana tell us about Agni Asthras, Brahma Asthras, etc. which can be compared with the hydrogen bomb and atom bombs of modern age. They made CLONING also through the birth of ASWINI BROTHERS (Twins) and LAV and KUSA (Lord Rama's Sons). Ancient Indians were highly developed in pious intelligence, and spiritual wisdom. They did miracles with their great penance and mystic powers.

Here most people usually encounter problems either related to finance or relation ships. Hence the east and north directions are the most sensitive zones and vastu attempts to pinpoint specific aspects of caution pertaining to Eshaanya disha, the extreme North east corner.

To avoid financial and relationship troubles the North east corner should be light and tidy. If possible it should be kept wet. The water element should take the command over this direction.

India itself suffers from the existence of the Himalayan heights on the wrong direction. We are surrounded by sea on all the wrong directions and thus in spite of every thing ours is not a prosperous country. Poverty is still a major problem in the country. Whereas, countries like England and Africa, which have waters on the east are quite prosperous. For that matter India too has the single advantage of having a water body on the east - that perhaps saves us from experiencing poverty in it's extreme.

INDIA has not developed till date, even though we have so many shastras and much developed intelligence, through the ages of civilization. But, an unknown country, which has only 400 years of existence (United States of America), has developed into a SUPER POWER in the world. How did it happen?

The sudden progress and developments are attributed to the Vastu strength of the country AMERICA and Vastu weakness of our country INDIA.

The Vastu Power of a country decides the Fate and Fortunes of that country. Vastu can make a country RICH OR POOR depending on their adherence to the Vastu Shastra.

See the America's location strength. There is sea in the East side. The country's north side is lowered due to the sea in the Northeast. The Northeast side is also extended. There are hills in the West and the Southwest sides, which helped it to develop faster.

Hence, the USA has developed into a SUPER POWER with the support of other fellow countries. Still USA is developing very fast and will maintain it's superiority among the world countries in future also.

The Pacific on the west is the only negative aspect, which creates leadership problems and violence from time to time. All this has led America to be the country of riches, opportunities, success, glory and luxury.

For India, the Himalayas on the north stand as a dominating negative factor, while the Bay of Bengal on the east is the biggest saving grace. Water flow on the east is very good. Even Japan enjoys excellent vastu due to the deep Pacific Ocean on the east, but the water flow on the Southeast and west are negative aspects. This is the reason for all the violence, bomb blasts and earthquakes in Japan.

If vastu status of each country, state, city, town, village and colony can be carefully observed, checked and rectified to the maximum possible range, the wonders of vastu could be experienced. Similarly, if water bodies are on the Northeast and the cleanliness, ventilation, sanctity and purity of the direction are well maintained, financial prosperity can be experienced.

The west and south directions should always be high, strong, rocky, heavy and dominating so that peace, harmony, supremacy, glory and all round prosperity can be experienced.

The rules of vastu applied to INDIA as a country are not satisfactory. Hence you should attain vastu benefits individually in your house. So construct it strictly according to vastu norms. 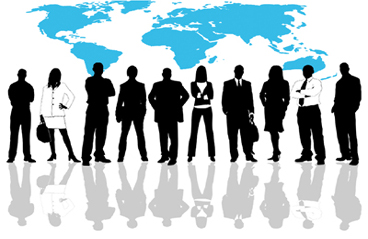