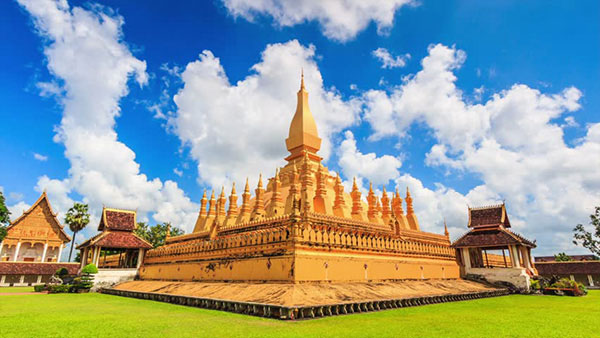 The Buddha was born in 563BC as Siddhartha Gautama, a Shakya prince, but his life upto the time he was 29 remains largely mythical.

Pass to the river Indus which Alexander the Great used to invade India in 326BC. Gandhara architecture, the merger of Indian and Greek art, took the form of Buddhist cult objects, Buddhas and ornaments for Buddhist monasteries. Hindu icons were few. Monasteries were invariably made of stone, and most of the sculpture (like friezes) was used to decorate the lower levels of buildings.

The genesis of the first Buddhist stupa came about during this period. The more decorative art was in the form of small votive stupas illustrated with clay images of birds, dragons, sea serpents and humans.

The most characteristic trait of Gandhara sculpture is the standing or seated Buddha in the few hundreds of temples which have survived out of thousands. The seated Buddha is always cross legged in the traditional Indian way. 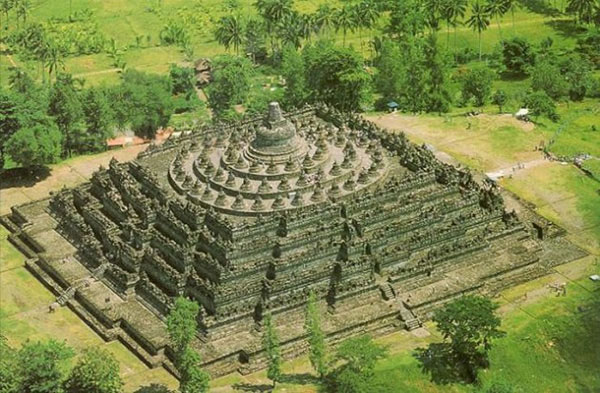 The teachings of the Buddhism were adopted by Mauryan emperor Ashoka in 255BC as the religion that he as well as most of his subjects would follow. Towards this the king undertook steps to awaken and enlighten his people about the teachings of the Buddha, and to make sure that they would not forget how important it was for them to be Buddhists Ashoka took certain measures. These are the most early Buddhist sculptors, and were mainly of six types: stone pillars with inscriptions on them called edicts; stupas; monolithic pillars; shrines; a vast palace and a group of rock cut chambers. Out of these the most important ones were the edicts and the stupas and can still be seen today.

The Construction of Pillars

Ashoka’s edicts were nothing but circular free standing pillars rising upto to great heights so that they could be seen from a distance, topped off with a stone lion.

Made of bricks, they carried declarations from the king regarding Buddhism. There were probably thirty in all, but now only two still stand. The pillars did not stand in isolation, and were usually found near stupas in a spot either unknowingly marked by the Buddha himself or along the royal route to Magadha, the capital. The pillars were about forty feet in height, circular and rising straight out of the ground without evidence of a base to hold it up. At the top space was left for a Buddhist symbol to be placed, normally a lion. The pillar itself would bear inscriptions from the king, or teachings of the Buddha, upto a readable height and in large letters. 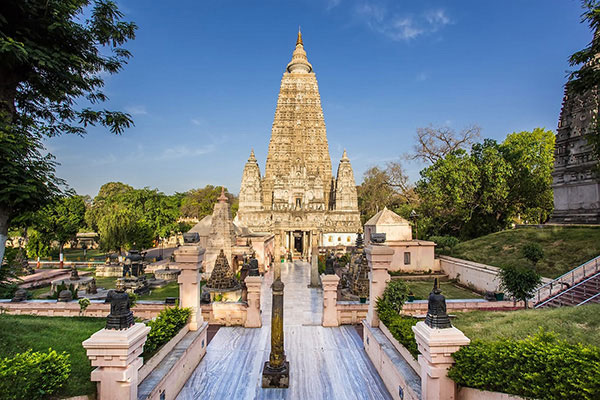 The stupas were large halls capped with a dome and bore symbols of the Buddha. Their purpose was to instill awe into the minds of the common people who, at that time, lived in small wooden houses. But the stupa wasn’t the only awe-inspiring monuments; it was associated with a number of additional smaller structures such as pillared gates, decorated railings, umbrellas and lion thrones. All these were first made with brick, but when Ashoka realized that they wouldn’t stand the vigours of time and weather, he switched to stone.

The most famous of the stupas, the one at Sanchi, was originally built by Ashoka. In 150BC, renovation work was undertaken and massive additions were made to it. The stupa was made higher and broader, 120 feet in diameter and 54 feet high, as it is today. The timber railings were replaced by stone ones, standing 11 feet high with entrances at five cardinal point, forming a barricade. The emblem of protection, this stone railing encompassed the entire area around the stupa and the sacred tree (actually a branch from the holy tree in Bodh Gaya in Bihar was planted here) under which the Buddha is said to have attained enlightenment. The entrance to a stupa is through a stone gate, intricately carved with images of daily Buddhist life and stone lions guarding the images and the gate. 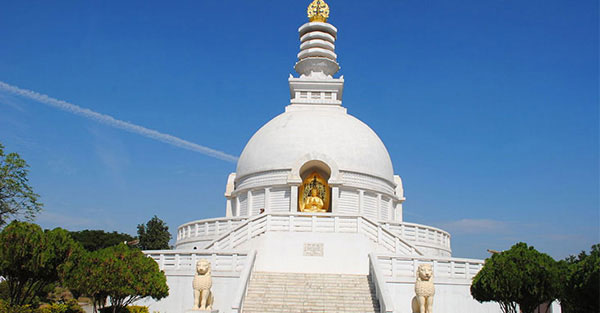 Palace of Ashoka- A 'Magnum opus'

Ashoka’s palace near Patna was a masterpiece. Made mostly of wood, it seems to have been destroyed by fire. Enclosed by a high brick wall, the highlight of the palace was an immense pillared hall three storey and 250 feet high. Pillars were arranged at intervals of fifteen feet, and the ceiling was adorned with stone images and horizontally supported by wooden beams.

The other all important Buddhist building is the shrine or the monastery.

Here the Gandhara style of architecture comes into play, following a similar pattern for all buildings. Definitely religious in nature, the construction of a monastery followed a somewhat irregular design.

Built on the patterns of a fort and defended by a stone wall, the monastery evolved from the site of an ancient stupa. Living quarters for monks were separated from that of prayer, with the former consisting of houses, small votive stupas, solitary pillars and tiny cells for low rank monks. The principle buildings were housed within a rectangular courtyard with a stupa in the south and the monastery in the north. The court was the most important building, surrounded on three sides by a range of small chapels. A flight of stairs connected the stupa with the monastery whose rooms were small and functional. Called the sanghrama, these cells were located around the central courtyard. 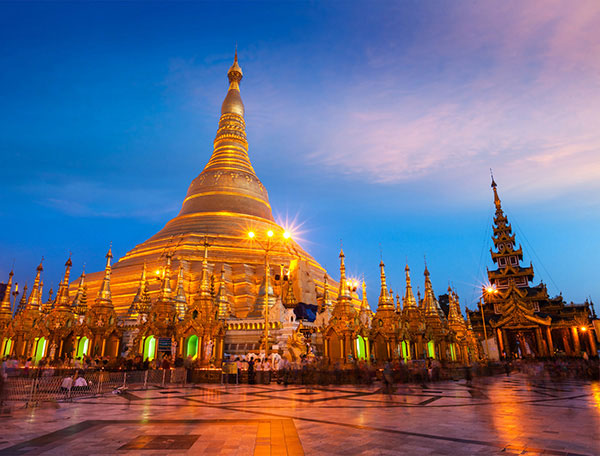 While the stupas were places of religious learning, Buddhist temples were used for dual purposes; prayers and teachings. Brick was rarely used, and stone formed the base of most temple building. The Hinayana sect concentrated in the southern and western sides of India and excavated halls out of mountains, creating temples out of them in secluded regions. The Mahayanas were more adventurous, as can be seen from the Buddhist temples in Ajanta and Ellora. The Ajanta carvings consist of viharas or halls, supported by pillars, all cut out from one solid piece of mountain.

The task of making a cave temple was a simple one. Wooden pegs were driven into the mountainside and then watered so that they expanded, breaking the rock face into manageable blocks. Huge sections of stone were either moved or left where they were depending on the requirement. The split rock face would then be dug into, carving entire halls from it. After that, all that was left to be done was to carve out intricate details into pillars, walls, ceilings and doorways, which usually took years to complete.

Rock art of the Buddhists was not constricted to temples and stupas. The Buddha himself was the inspiration behind massive statues of his likeness made out of stone, brass and copper. Buddha statues know no boundaries they can be larger than life, going upto great heights (over 14 metres), reaching up into the sky or showing him reclining. However, in stupas and places of worship, the Buddha is almost never shown and is represented indirectly through foot impressions, empty thrones and the chakra (wheel).