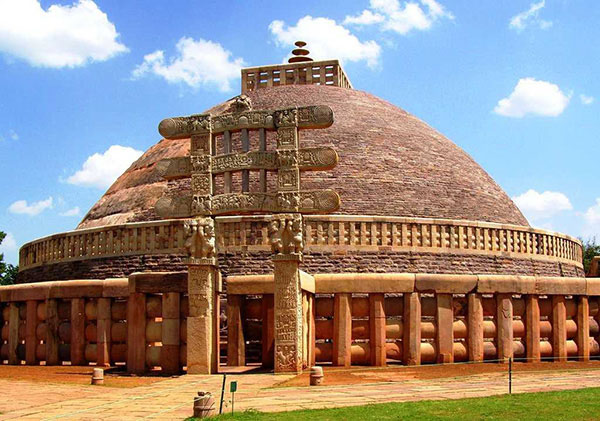 Indian architecture is as old as the history of the civilization. The earliest remains of recognizable building activity in the India dates back to the Indus Valley cities. Among India's ancient architectural remains, the most characteristic are the temples, Chaityas, Viharas, Stupas and other religious structures. In ancient India, temple architecture of high standard developed in almost all regions. The distinct architectural style of temple construction in different parts was a result of geographical, climatic, ethnic, racial, historical and linguistic diversities.

The Rock-cut structures present the most spectacular piece of ancient Indian art specimen. Most of the rock-cut structures were related to various religious communities. In the beginning, remarkable Buddhist and Jain monuments were produced in areas such as Bihar in the east and Maharashtra in the west. Chaityas and Viharas are those rock-cut structures that were hewn out for Buddhist and Jain monks. Chaityas were places of worship whereas Viharas were residence of monks. The Rathas at Mahabalipuram are yet another great specimen of rock-cut architecture in ancient India.

There are various elements pushing and pulling things in opposite directions, and we cannot see this amazing phenomenon because we’re mere mortals. We can make our lives better and can control things from going wrong if we follow the paths laid down by ancient Vaastu makers.

All that is very well, but there seems to be an ancient philosophy behind it all.

According to the Vedas, man is just a miniscule speck in the universe with an intelligence so tiny that it doesn’t figure in the Maker’s books. Man can’t understand how the world functions, and his only purpose in this world is to figure out why has he been born and go back to his earlier incarnations to find out what he originally was. and as long as he continues to work against the forces of nature, he will remain a tiny speck and will never progress towards his ultimate goal.

Vaastu shastra refers to Vedic architecture of making structures which help this tiny speck in his quest for enlightenment, for mental peace and, apparently least importantly, a house to live in. 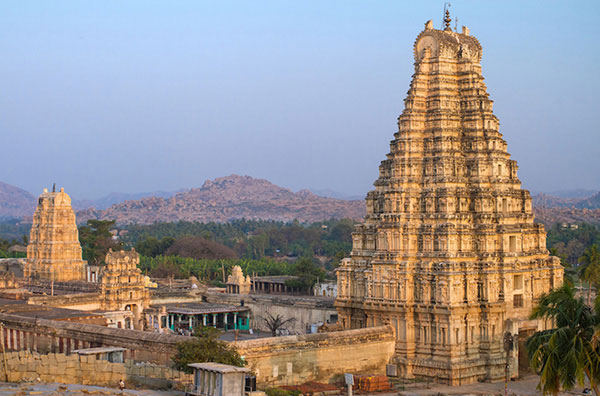 It is formally known is the ancient mystic science of designing and building. This art originates in the Stapatya Veda, a part of the Atharva Veda, one of the four Vedas. From the time of the Aryans, Hindus have been building, and when they wrote Vaastu shastra, they’d already had a lot of experience. In the Ramayana is mentioned the existence of eight-storied buildings. The Mahabharata tells us about Indraprastha, that grand city which floored whoever was fortunate enough to see it. 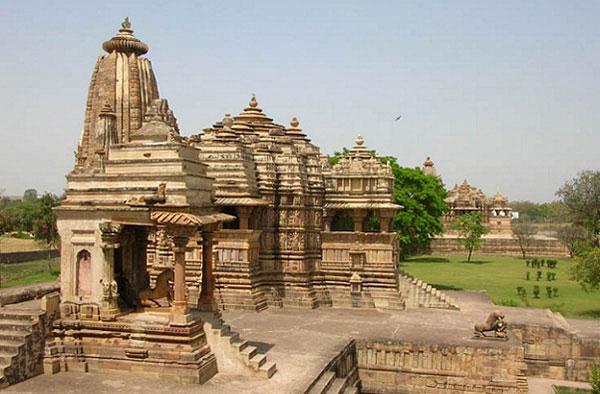 Vaastu Architecture Based on Five Elements

Vaastu is based on five basic and essential elements known as Panchabhutas, namely Vaayu (air), Agni (fire) Jal, (water), Bhumi (earth) and Aakasha (space). Everything on earth is built from these elements; without them life would be kaput and nothing would exist. Houses and buildings can be constructed, but nature (prakriti) can never be controlled, and hence Vaastu comes into play.

Aakaasha : is the unending (anantha) area away from earth within which not just the solar system but the entire universe exists. Aakaasha is operated by light, heat, gravitational force, magnetic fields and other forces. It’s chief characteristic is Shabda (sound).
Vaayu : or in a broader perspective the earth’s atmosphere, stretches upto 400kms in height from the surface of the planet.
Lives of humans, animals, plants, fish and even fire is controlled by Praana Vaayu, whose main features are Shabda (sound) and Sparsha (touch).
Agni :represents heat and light, days and nights, passion and vigour, enthusiasm and ardor, and its main characteristics are Shabda, Sparsha and Roopa (form).
Jal : is represented by rain, river, sea and is the form of liquid, solid (ice) and gas (steam and cloud). Perfectly neutral in reaction, it exists in every living form of life. It’s main characteristics are Shabda, Sparsha, Roopa and Rasa (taste).
Bhumi : makes earth the third planet from the sun. The earth is a huge magnet with north and south poles forming centres of attractions, and it’s magnetic field holds everything within it's grasp. Three fourths of earth is water, and the rest is land. Characteristics? Shabda, Sparsha, Roopa, Rasa and Guna (quality). 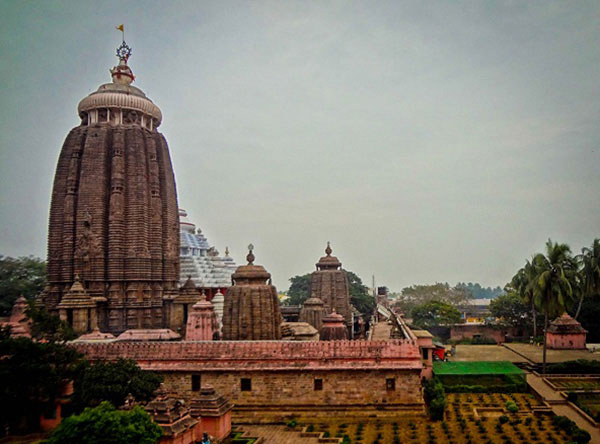 The principles of Vaastu Shilpa shastra are explained in the Samarangana Sutradhar, whose translation reads thus: "Correctly designed houses will bring good health, wealth, intelligence, children, peace, happiness and will redeem the exerciser from debt of obligation. Negligence or failure to adhere to canons of architecture will result in unnecessary travel, bad name, loss of fame, sorrows and disappointments. The character of the house built disregarding prescribed codes cannot be determined. All houses, villages, towns and cities should be built according to Vaastu shastra. Therefore Vaastu shastra is brought into light in favor of, to the satisfaction of, and for the betterment and overall welfare of the Universe.

In ancient India, the use of stone was restricted and was only used for temples. Civil architecture was chiefly of wood, but as time moved on, palaces and important buildings began to be built of stone. It is because of this that nothing of houses from the ancient period have survived, although traces of temples can still be found dating back to centuries ago. However, from whatever little that has been discovered of the `wooden age’, it is apparent that a similar design was followed while building houses.

The role of planets was important, and the auspicious moment for commencing work of a new construction was governed by their position. Even the wood was to be brought from forests at a certain time, ensuring that whichever spirits cast their eyes on the construction were nice ones. These buildings were divided into shaalas or rooms and avoided incorrect orientation and misplacement of any of the component parts, providing the greatest comfort in tandem with mystic ideas of orientation. Bathrooms were meant to be in the east, kitchen in the southeast, bedrooms in the south, dressing rooms in the southwest, dining halls in the west, treasury in the north and prayer room in the northeast. If this rule was not followed, one could expect all hell to break loose, although that rarely ever happened. 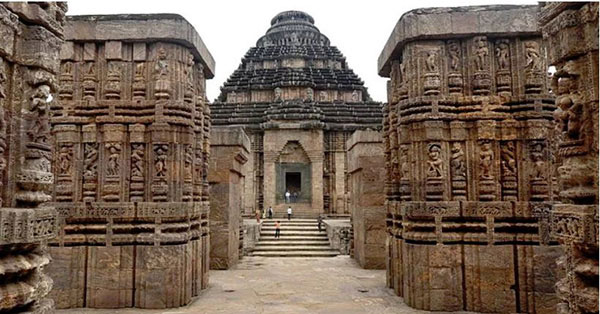 Ancient Indians presented everything with a religious sanctity, and hence their lifestyles were governed by it. Eating, sleeping, bathing, drinking, conducting business transactions, building homes or religious structures, all were formulated according to Vaastu. Also, quality was important, and only the best available material was used. Even the stone’s sex was first determined by striking it with a tool and listening to the sound it made.

There were motifs and symbols which held their own significance, in right and in wrong. The wounded, the scarred, battles between gods and demons, forest fires, barren trees, vultures, owls, dwarfs were studiously avoided. Peacocks, parrots, doves, dancing ladies, gardens and other pleasing designs were liberally scattered on walls, entrances, gateways, and also formed the relief work on pillars.

Vaastu shastra includes an amazing array of technical rules of proportion, mathematical calculations of the stars, planets and the very ground itself. Be it temples, houses, public buildings, transactions, religious ceremonies, weddings, Hindus still firmly believe in the forces of nature acting for and against them. Vaastu is practiced throughout India with fervor, and a god fearing Hindu shall never embark on a new task without consulting the planets, the earth, water, sun and the moon.