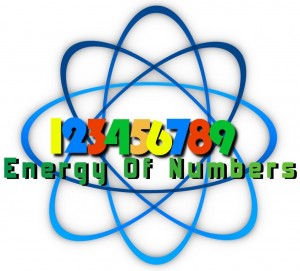 Which is Better Number, According to Numerology?

Many people ask us that which one is the good number and which is the bad one, according to numerology?

A number 1 person can become a Great Leader, Business Tycoon, Explorer, Innovator, Manager etc. On the other hand he can become a dictator or a villain.

There is a famous quote by Clive Barker, the famous and multi-talented British author and in numerology:
“One is the number of those who do perfect evil or perfect good”

Now let us take another example. This example is of the number 8. This number is most misunderstood number in numerology. Even many numerologists, who are originally astrologers or influenced by astrology, believe that 8 is a bad number. They relate this number to the planet Saturn, and link the bad qualities of Saturn to 8. But in fact numerology has nothing to do with astrology and numbers have nothing to do with planets, so we should think about number 8 only in numerological perspective.

Like any other numbers, number 8 has many good qualities, and bad qualities. 8 is the number of power, money, wealth and administration. On the other hand, this number is related to delays, obstacles and relationship problems. Can you say that number 8 is a bad number? Not at all! And this is true about all the numbers in the universe. No number is good or bad.

Always remember that each person possesses plenty of numbers which influence his life. Everybody has five core numbers, two derived from his date of birth and three derived from his full name. These five numbers are most influential numbers. Moreover, the first name number is also very influential. Not just the numbers, but the combinations of all these numbers have a great role in making a person. There are many other minor numbers, they too have their smaller roles. But many people think just about their birth number or life path number. If someone thinks that his birth number or life path number is bad, it will be very harmful for him. Such thinking will boost the negative qualities and vibrations of that number in that person.

The Birth Number of Adolf Hitler is 2 and Mahatma Gandhi’s Birth Number is also 2. Then why these two persons were too different? The answer lies in their core numbers, their combinations and their compatibility with each others….. and off course in their upbringing, environment, choices and priorities.

Another example is of Mother Teresa and Dawood Ibrahim. Both were born on 26th. But their other core numbers were different. That is the reason why they worked for totally different causes.

So you should stop thinking whether a number is good or bad, and should think about combinations of the core numbers and their compatibility to each others. This will lead you to get better knowledge of numerology, and you will start to know yourself and others correctly through this knowledge.

Hard and unrelenting, unemotional and materialistic, blunt and mean especially the number 1 women. Inflated ego with a bloated sense of self worth, aloofness, domination, impertinence, rigidity, pride, pomp and showing off, braggart, splurges money wastefully.

Too critical, meticulous, pettiness and nagging tendencies especially in the women, self righteous, cruelty, dictatorship, hypocrisy, spendthrift, egotist and vain, false pride and a boastful nature.

Changeable, slow moving, slow approaching, causing delays, dominating, stubborn, vindictive, highly jealous and possessive of their partners to the extent of falsely doubting their loyalty. Sometimes like sloth bears, unkempt and badly dressed, luxury loving without having the desire to work for it and earn it, inertia, over passivity, doubtful and unbelieving, pig headed with little or no interest in the spiritual side of life. Material to the core.

Planet: Mercury, Quick Silver, Movement and Communication. Has reason, logic, speech, ethics, born traveller, commerce, trade, utility, gambling and speculation is a great weakness and they will bet on the number plate of passing cars as well. Money, Bankers, Financiers, Singers. Changeable, blow hot blow cold, extremists, arrogant and unpredictable. Active, restless, full of vim and grit, ambitious, wisdom, warm affections, strongest attraction for the opposite sex than any other number, interest in casual affairs, zest for life, desire to see it all and live life to the fullest. Have co-operation, practicality, vigilance and shrewdness.

Lack of perseverance and persistence, Sceptical, unreliable, unpredictable, rash and impulsive, too many iron rods in the fire, lacks precision and focussed planning, vacillates and is indecisive about all matters. Can be mean and petty in money matters.

No foresight and future planning, living in the now, trusting blindly, timid where action is called for, shy, moody, not methodical, infidel and unreliable with a weakness for the opposite sex but more on the romantic plane than the gross material. Comfort seekers and luxury lovers.

Planet: Neptune/Moon, Love, Sensitivity and Photostat Memories. Have brains, equilibrium, agreements, deals, contracts, bargains, treaties, art, culture, occult, philosophy mother oriented, harmony, sentimentality, expansion and travel. Have austerity, deep reflection and fairness towards all humanity, peace, serenity, tolerance and philanthropy. Have Self-sacrifice, intensity of application, mutability; are founders of new religions and torchbearers to social reforms. Are Leaders in world affairs and seekers of the truth. They love the underdog and will fight 'to death' in the name of righteousness. Temperamental with a lean towards Occult and spiritualism

Whimsical, despondent, restless, prone to give in to unfounded and unjustified fears, Not such strong bodies, more on the tall, fair and lean side, Stubborn as mules, aggressive, impractical, weak in money matters, no proper financial provisions for the future, over sensitive, emotional and more unhappy than happy most of the time. Should stay away from alcohol and drugs totally.

Death, negation,, decay, delays, hardships, retardation, loss, extinction, late rewards and lack of stability. Are dreamers and not doers. Have cynicism, vindictiveness, nervousness and laziness. Have Karmic lessons to learn.

Strife, infidelity, deceitful, despondent, presumptuous, destructive, erratic, fiery tempered, unreasonable, dominating, quarrelsome and impatient. Is prone to accidents from natural as well as unnatural calamities. Will have at least one surgery in a lifetime and should avoid alcohol and drugs.

Points To Remember
1 to 9 are single numbers and are called, 'Principal' or 'Root' or 'Single' numbers. All numbers beyond these 9 become 'Double' or 'Compound' numbers also known as 'Spiritual' numbers.

The Single or Root numbers denote what the human being they represent appears to be in the eyes of his/her fellow beings.
The Double or Compound numbers reveal the hidden influences that play a silent role behind the scenes. They foreshadow the future and foretell of the hidden shadows of the destiny of man.

As The Great Master, Count Louis alias Cheiro has explained, when one passes the Root or Single numbers, a greater symbolism of numbers commences and continues till 5 times 9 is reached. This makes a compound of 45. Here the mystic and spiritual number 7 is brought into operation and added to 45, making it 52. This stands for the 52 weeks of the year. This compound of 52 is once again multiplied by the mystic 7 and it produces 364, which were considered to be the ordinary days of a year in ancient times. Based on the movement of the Sun through the twelve signs of the Zodiac, which takes slightly under 365 and a quarter days, one year came to be accepted as 365 days.

All numbers 10 onwards are compound numbers, for example, number 11, has it's Root, Fadic or Single number 2. Being a number 2 under the influence of the Moon, this number is composed of two 1's and hence the effect of the Sun, whose number is 1, has to be considered. 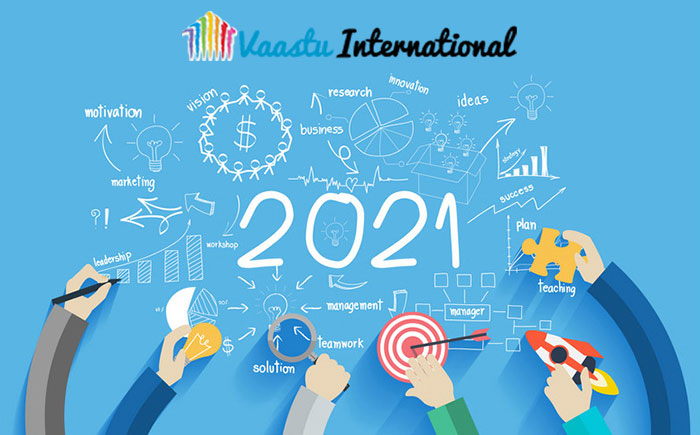 Click on your date of birth to find out the business suitable to you, your marriage partner, your lucky stone, your enemies & friends and the colour of car/ two wheeler suitable to you. Make 2021 your Best Year Ever with the help of our extremely useful forecast.

INAUSPICIOUS TIME OF THE WEEK 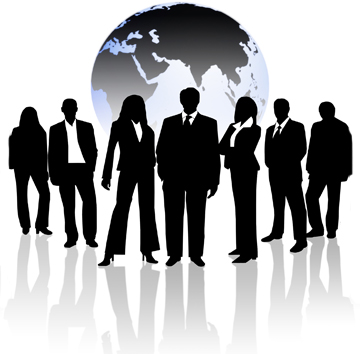 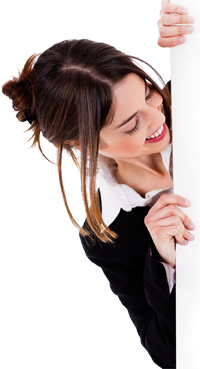 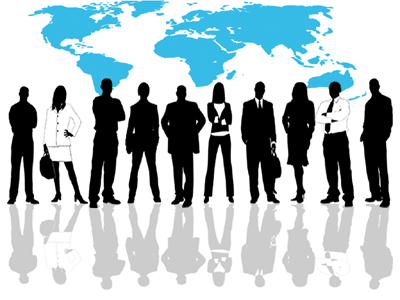 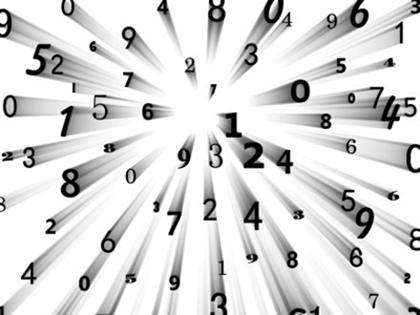 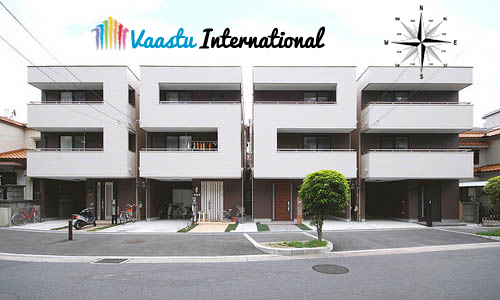